NRLA – the impressive project of the century

We have been documenting the progress of construction works with aerial helicopter footage since 2003.

At long last, one of the most impressive examples of architecture in Europe and probably the whole world will open on June 1st 2016. What began in 1998 with a “Yes” from the Swiss people in a referendum and which has now been completed after less than 20 years of construction has become a showcase structure. We are proud of the contribution that we have made to this project. Since 2003, we have been authorised by the building contractor to document construction progress of the aboveground facilities from the air. 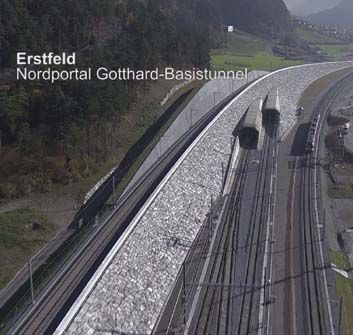 The true extent of this mammoth building project can only really be understood when seen from above. AlpTransit Gotthard AG has made the aerial footage available to the general public. Don’t just take our word for it – take a look for yourself and you’ll be as amazed as we were recording footage year after year.

We would like to thank our clients AlpTransit Gotthard AG for the successful cooperation and wish all involved a fantastic opening year, as would only be befitting of this project!