Aerial footage of the Vuichard Vortex Recovery in 5K quality.

The vortex ring state manoeuvre was filmed for the very first time, producing incredible footage that can be used for training purposes. 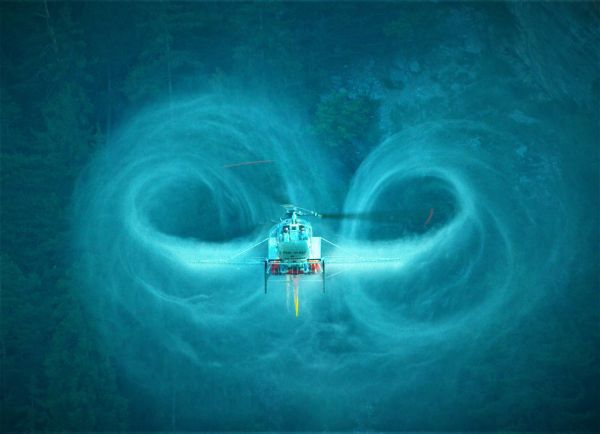 What is the vortex ring state? The helicopter’s main rotor produces vortexes on the left and on the right, which come together to exert downwards pressure on the helicopter, pressing it down into the ground from above. There can be fatal consequences if the flight is too high. In the last three years in Switzerland, there have been three accidents and three serious incidents caused by vortexes.
Claude Vuichard has developed new technology to help pilots fly out of the vortex ring state in which helicopter pilots apply so-called ‘cross controls’ to recover control. He presses the power pedal on one side and turns the helicopter to the other side. This causes the tail rotor to catch the vortex’s updraft, thus pulling the aircraft sideways out of the vortex ring state.

Find out more about the Vuichard Vortex Recovery technique: www.vrasf.org
Thank you very much to all involved: Claude Vuichard, Air Glaciers, Arealstage.com