PDG – a legend is documented with Cineflex

The Patrouille des Glaciers 2016 – a rollercoaster of emotions, for the competitors in particular, but also for us. The first race took place at the start of the week in glorious weather and with perfect conditions for both the athletes and for the crew of the aerial filming team. All the preparation work paid off – both the stresses and pains of the competitors and the complex organisation required to produce a documentary film – everyone involved was more than satisfied. 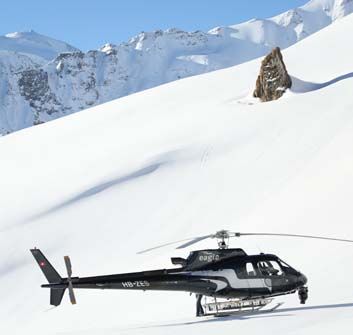 Valair’s Cineflex camera system with a nose mount on AS350

But even the toughest team competition can’t compete with the weather and the end of the week saw us all being brought back down to earth. For understandable reasons – safety comes first – the main competition was cancelled. The dangers of snowfall and poor visibility are not to be underestimated in the mountains. Everyone’s preparation work was in vain – but that’s just part of life – whether for the athletes, filmmakers, pilots, camera operators or operations management.

We look forward to seeing some great footage from the first race (particularly the incredibly aerial shots) and some unforgettable impressions – and hope that all the athletes affected by the event’s cancellation will be motivated to participate again in 2018.